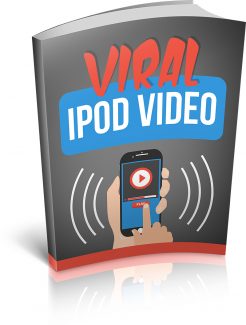 We hear a lot about viral marketing these days, and especially viral videos. This method of exposure is pretty easy to understand, actually; it’s just word-of-mouth, but on the internet. “Viral” refers to the contagious nature of successful viral marketing. One person enjoys it and spreads it to two other people, those two spread it to two other people, and so on and so on. This is why someone can post a two minute video on Youtube, show it to a few friends, and within a week have hundreds of thousands of views.

This can make advertising or just making a video for fun and getting it to a wide audience a work-free endeavour. You put something out there, everyone likes it, and they start sharing it with one another, posting it on their blogs and MySpace pages, and, if you’re really lucky, maybe it gets featured in a mainstream news outlet or even commented on in a late night talk show monologue.

That is… as long as people do like it. It’s actually kind of tricky to stumble upon just the right idea, something that will hook the viewer and inspire them to tell all their friends “You gotta see this!” As such, we can’t guarantee any video you make will go viral, since nobody, not even the people who regularly reach millions of hits on their videos, know exactly what that special ingredient is. But, we can send you in the right direction, and you may just get that lucky break into the so-called collective consciousness.

The actual content of a viral video can be anything from a chimpanzee doing kung fu to a hilariously low-rent TV commercial to a really great guitar solo performed by some thirteen year old in his bedroom. With that in mind, go ahead and develop whatever idea you like. Whether you're marketing a product or service or you're making short movies for fun, just fill your video with whatever you find interesting because, here's the trick: If you find it interesting, someone else finds it interesting, too. So that's the one thing that all viral videos have in common; they're interesting. There's something to them that leaves the viewer either impressed, or laughing, or, sometimes, even touched on an emotional level. It's not all cute kittens and silly commercials, there are also viral videos like Christian the Lion, where an adult lion is reunited with the humans who took care of him as a cub, and Where in the Hell is Matt?, where a man records himself dancing in beautiful locations around the planet. Actually shot on location in forty two different countries, the video serves as a portrait of some of the most beautiful places on Earth. So whatever you have in mind, just go ahead and do it. Don't stop yourself and say "Well, who's gonna care about that?" because as long as you care, you can bet that there are thousands of people out there who will care, too. Great ideas always sound crazy until they catch on. - 7 -

Now... that said, we're not going to sit here and give you all this feel-good advice without also giving you some real, solid facts about what kind of viral videos do tend to garner a lot of hits. Even if this sort of video isn't what you set out to do, you can put a link to your website on the vid or just trust that the people who like it will click on your Youtube channel and see what else you got. So, yes, there are some types of videos that tend to get more views than others. However, none of these are a guarantee. Because it can be so hard to predict whether or not a video will go viral, you really can't take any advice on viral video making as a one hundred percent sure fire, guaranteed, fool proof strategy. Likewise, it's always possible to ignore everything and still get your video going viral. A lot of it comes down to luck. Really, all the advice we're giving here is meant to increase the chances of your video going viral. Nobody can outright promise that their tips will make you go viral, so we're not going to lie and say that we can. Anyways, on with the popular content!

If you look on YouTube, some of the most popular videos on there are tutorials. The appeal of these videos is a lot like the appeal of How-To books, which always tend to sell very well; people like learning how to do cool things. Heck, that's why you're reading this e-Book, right? If you know some really cool magic tricks, if you can flip a pen around your finger or play a tricky song on the guitar, any skill you have that most people probably don't, you can make a video sharing that skill with the world and it has a good chance at getting a lot of views, because who doesn't want to learn a new trick to impress their friends with in just a few minutes?

Think of the opening monologues on the late night talk shows. They're always focused on the subjects that are on everyone's minds right now. It's not the only kind of comedy in the world, of course, but it is the kind of comedy that always seems to get a lot of views.

As you know, one of the most popular types of video on the internet is the whole funny-mishaps category. Again, this may or may not be the kind of video you're trying to make, but if you've got a hilarious clip of your dad falling into the pool at the last family reunion, you can use that to draw attention to your other videos.

This one's a no brainer, of course. People love cute kittens, cute puppies, cute kids and cute babies. Look at Star Wars According to a Three Year Old. It's just an adorable three year old girl describing the plot of Star Wars, and it's just about the cutest thing you've ever seen. It was posted in early 2009 and currently has quite a few million views, as well as a number of parody and tribute videos, and has been featured on television. - 9 -

And that's the other thing that people love on YouTube. Star Wars, Star Trek, Battlestar Galactica, Doctor Who, if it has a huge sci-fi fanbase, then you can dip into that fanbase for some fans of your own. As an example, you've probably heard of Chad Vader, a series about Darth Vader's less successful brother. He's the manager at a grocery store. The internet series chronicles Chad's feud with his rival manager (a regular plot point is their battle for the night and day manager positions). The guys who make those videos have made several other videos, but none that have received the kind of viewership as Chad Vader, which regularly gets a few million views per episode.