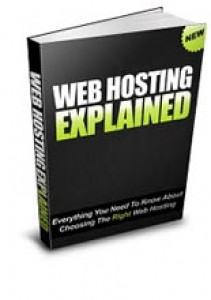 Another choice you'll need to make when deciding on web hosting is what operating system you want to use. This is a little like the "Mac vs Windows" debate for personal computers, but instead of the Mac OSX and Windows you'll be choosing between Unix and Windows.

There are actually several variants of Unix that you'll commonly see - FreeBSD, Linux, CentOS, etc. - but they all work essentially the same way. (In fact, you can even get Mac OS X hosting if you're a total Mac fanatic, but it's really just another form of Unix.)

In most cases, Unix-based hosting is the most effective because it is compatible with more applications and scripts. This includes content management systems like Joomla and WordPress, as well as many of the server-side scripts you'll find useful for internet marketing.

While some of these applications will work on Windows servers, it can be more difficult to get them up and running, as well as to maintain them, because they were really designed to be used with Unix.

There are some applications that require Windows hosting, mind you. And if you're using something that does, you'll more than likely be aware of it so you'll need to look for Windows hosting specifically.

There is one big advantage of Windows hosting that many people overlook.

That's the fact that you can run most Windows applications directly on the server itself, and log in remotely to use them.

This can be very useful if your primary computer is a Mac or if you use a portable computer with less RAM or other resources. By running your applications on the server, you can access them via any internet connection and they run via remote access - no matter what operating system you have, or how powerful your computer is.

For example, let's say you use a program like Micro Niche Finder, a keyword and market research tool. This is a Windows application so it could be installed on a Windows server instead of your own PC and accessed from any type of system, even an iPad or other mobile devices.

Incidentally, this can also be very effective for outsourcing since you can give your VA's remote access to the software on your server.