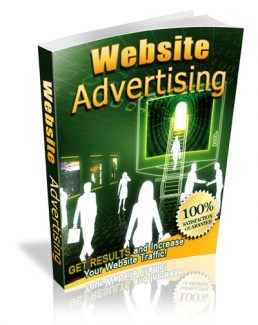 How the Web Reinvigorated Advertising Advertising is nothing new to the world. Attaching sales messages that many people don’t care to read or view on to things they want to or must read or view has been a tactic of sales people since for eons. Since the earliest days of advertising very little of substance has changed in this respect. Ads attached to important material or put in places where people cannot avoid seeing them (billboards, train stations, airports) still rules the day in the ad world. But what has made a material difference in this universe has been the growth of the web. What the web can do that other forms of advertising cannot essentially amounts to leaving the web as the superior way to get highly targeted and thus cost-effective sales messages out to the public. Whereas an ad in a train station will be seen by a very wide demographic (a lot of different types of people ride the train, and they tend to buy a lot of different types of things), web pages tend to be viewed by people looking specifically for the material on that web page. What lies on that web page likely has some bearing on the demographic characteristics of the viewer, and thus an advertiser can “know” something about the people who are likely to visit the page before they put their ads on it. Advertising came to the web slowly and tentatively. But the pace of change has been pretty rapid. Where once you would find one or perhaps two banner ads on a page, today you will find about one-fifth of the page covered, if not more, in ads. And unlike with newspapers and magazines, these ads do not only sit alongside content. Web pages today are filled with ads that sit on top of, or otherwise obscure the content of the page. Now this is something new in the world. And not everyone is happy about it. Many people object to the notion of ads at all, but even the more tolerant among us are objecting to the ad become a barrier to reading the content on the page. Of course, who only knows where we go from here. The next developments in web advertising are just as likely to be more controversial than less so. With such a highly targeted forum advertisers and the web sites they support are having a hard time turning their backs on the opportunity to get the attention of would-be buyers.

Website Advertising Continuing to Evolve There is no question but that the presence that advertising has had within the web environment has expanded tremendously in recent years. What used to be thought of a little more than a static banner ad opportunity, the web today is exploding with ever more plentiful, animated, and sometimes intrusive ads. The trend is due to several factors. One is that the barriers to the web as an accepted place for advertising have vanished almost completely. There are few products or service types that are not marketed on the web today. The other is that the web has become the fastest growing advertising outlet available, and use of it is increasing. Both of these trends point to the same net result, which is that ads are plentiful on the web, and there needs to be a way for each to distinguish itself from the next in the mind of the page view. As a result, more ads are appearing as animated, and active. Some are even designed to initiate after the viewer has already started reading a page. These ads share one other thing in common: the page viewer must take a direct action to remove them from the page (and typically what they are trying to read on the page). Viewers must either click on the ad to engage it, or they must close it out. For those who wonder why there now seem to be so many more ads than before and who seem to feel more encroached upon by those ads, know that you are not alone and your observations are not just your own. As ads become ever more pervasive and ever more intrusive, viewers become ever more put upon by them. So, advertisers and the sites that serve them are playing a game of chicken with viewers. Web site advertising is believed to be among the most effective of the available forms of advertising, but it is wearing thin the patience of viewers everywhere. The overall trend toward greater use of the web as an ad vehicle is unquestioned, but what is becoming increasingly in doubt is not just the limits of viewers’ patience, but of their attention. One trailing implication of the onslaught of all of this intrusive advertising is whether or not it undercuts the web as an effective vehicle by overloading the attention spans of viewers. There are limits to everything, including how much information we can productively absorb, and some would argue that the current state of web advertising is pushing those limits.

The Future of Website Advertising Considering how quickly the website advertising industries have grown up in the past several years, it is daunting to think about how much more they can possibly evolve. Web advertising has massively changed the face of advertising as a marketing strategy, and you need look no further than the massive flow of funds into web sites that sell space, and away from traditional print media to see how impressively this has happened. But print media is not the only form that is being changed by web ads. Television is facing its own threat from the web platform, something that only a few years ago, many thought was not likely. The web was seen as a good place for static ads, but not the kind of dynamic ads that are seen on television. One of the major hurdles to television ads on the web was seen as the way that the web does not have a natural place for these audio and video enabled ads. Television, of course, does. In fact the whole production of a television show, newcast, etc is built around the requirements for the advertising that supports them.