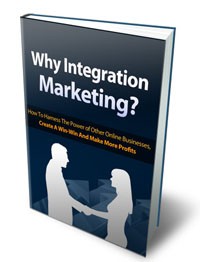 The words clever and tactics can sound kind of mischievous so we will explain the meanings with regards to their use on the internet. The word tactics is defined as a strategy. Synonyms for tactics are words like maneuver, stratagem or trick, and campaign.

From a military perspective according to Webster dictionary, tactics represents, “the science and art of disposing military and naval forces in order for battle and performing military and naval evolutions. In the most extensive sense, tactics, la grande tactique of the French, comprehends everything that relates to the order, formation and disposition of armies, their encampments.”

The latter meaning has a better feel to it right? There is a big difference in being clever and tactical versus deceitful and misleading. To be clever means you are being ingenious. Marry the two words together and you have this meaning, “An ingenious order or placement of one’s product and/or service inside the marketing stream of another entrepreneur’s system.” Multiply the meaning by many partners and you have a win-win situation.

The complete definition of Clever Integration Marketing Tactics is: “The ingenious merger of information systems strategically positioned for success.”

Look at how easy it is to create an app for your website? You can even install a plugin and check off a few settings in the admin area of your website so that your site is visible to mobile app devices. Integration marketing is not always about a direct relationship with an IM partner it can be indirect.

A mobile application (app) developer creates a snazzy app that does something cool like allow a user to pay for their food through the drive through at Starbucks. The guy or gal behind the register scans the app on their smarty phone, gives them their food and receipt and off they go. But, how is this called integration marketing?

The customer is happy but so is the app developer because he makes around 70% of the sale. The mobile app distribution center, like Apple’s itunes, is happy too because they make the remaining 30%. Now, multiply this time’s the millions and millions of downloads occurring each year and you will have a large profitable integration marketing campaign.