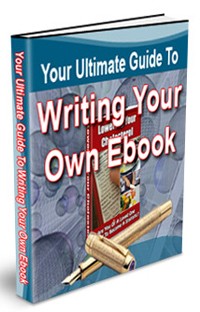 Okay, you’re working on your stinkin’ thinkin’…you know that you’re already writing e-books whether you want to or not…and you’re not quite as afraid of failing as before…that’s a pretty good start!

This chapter’s going to teach you a valuable method to get original ideas for an e-book. I learned it several years ago from my friend, Bryan Kumar, who’s a master at this. Over the years, I’ve added to Bryan’s original idea and have come up with a “sure-fire” way to get ideas out of anyone’s mind…no matter what’s going on in there!

We’ll get to this technique in a moment, but, first, let’s get the ideas you already have floating around in your brain down on paper. Oh, you don’t write them down? I hate to say this, but… that’s just plain stupid! Any one of those ideas may well be a million dollar idea…the one that puts you over the top…the one that changes your life forever! Those ideas of yours are valuable things, so let’s get started doing that first.

Nothing….and I mean absolutely nothing…ever truly exists until it’s been put down on paper first. Think about it! An airplane, a new car model, a building, a dam, the clothes you’re wearing right now…they all existed on paper before they existed in real life. I can’t stress this enough! Put those ideas down on paper RIGHT NOW!

Before we even get started, you HAVE to have a few blank pieces of paper right there in front of you…and a pen, not a pencil!

Now, just write those ideas floating around in your head down. They don’t have to be in any order or any format…just write them down as quickly as you can without editing them in any way. Each idea may only be a word…or it may be a whole paragraph…doesn’t matter…just get them out of there and down on paper.