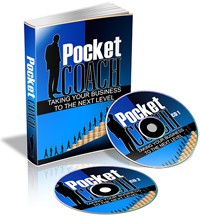 Terry: Right. Something that you mentioned briefly a couple of minutes ago is the seven to ten steps of neuro-linguistic programming. Can you just go over NLP?

Richard: I’ll just briefly tell you the steps. Within NLP, there is something called well-formed outcomes. With NLP, they say you have to use language carefully because of the whole idea that the subconscious and the conscious will read what you say on two different levels. A classic example that you hear is you finish a sales call and you say, “Bye now.” Is it bye or buy? The subconscious will take that in and it might be taken as buy and you might think that you want to actually buy it now. Words have different meanings and can have meanings on two different levels.

This is something that we explore about how you communicate with different people. One of the elements that I look at is NLP and the sales letter process and how you can use words effectively to get your message across. If you take a sales letter apart, a lot of them just tell you about the products. The ones that make you buy are the ones that are well crafted. That’s one of the things.

You want to make sure that the outcome is in your control as much as possible. Obviously, as an Internet marketer, you’re going to have to outsource. If you’re saying that you want to put your money in a high yield investment program, that’s completely out of your control and you are not in control of that particular goal. A lot of people are getting burnt with someone of these money making systems because they’re not in control.

You also want to be as specific as possible. “I want to make X amount. I’m going to make it this way. I’m going to do it by this date.” A couple of exercises I do that are good for face-to-face or for phone coaching is that you want to use sensory-based evidence. What is it going to look like and feel like when you achieve this goal? I want to imagine flying in my helicopter. It would be the most wonderful feeling to know that I went out for the day and come home to money that I made while I was out. That gets an emotion going where you can feel what it’s going to be like when you achieve that goal.

Another thing that’s important is that you want to make sure you have the skills that you need to achieve the goal, and if you don’t, how are you going to get them? Do you need to go off and buy some eBooks, do you need to buy scripts to run your membership site? You want to plan that out. Another thing is that it has to be ecologically sound, which means, is it going to affect other areas of your life?