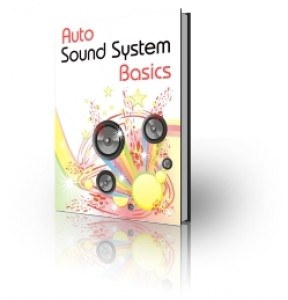 Apple Computer, maker of the iPod, has a cultural phenomenon on their hands. The iPod is the single most popular personal music listening device on the market today. Its ability to store large amounts of music, coupled with its tiny size and ease of use, has made it a hit across all age groups. Not even PC giant Microsoft's competing Zune has even put a dent into iPod sales. And the market for iPod accessories has grown along with it's popularity.

What does all this have to do with auto sound systems, you ask? Well, since the iPod is such a popular product, it was perhaps inevitable that auto sound system manufacturers would begin adding the ability to interface your head unit with your iPod. It just makes too much sense, both from a business and a usability standpoint. There are a quite a few products aimed specifically at integrating the iPod with your vehicles sound system. Heading the pack are head units that allow the iPod to be plugged directly into the head unit face. These types of units allow the user to control their iPod through the standard interface, often displaying all the meta-info that is included, such as song title, artist, album, length, bitrate, et cetera.

If your head unit already has a USB port, you are good to go as well. There are adapters to allow your iPod to act as any other USB music storage device while connected to your auto sound system. Playback can either be controlled from the head unit itself, or through the iPod, depending on your specific system and the adapter used.

If your head unit doesn't have either of these ports, don't despair. Most aftermarket head units will have line level inputs on the back, or a jack for an external cd player input (this jack often looks just like a headphone jack) that can be used with a special cradle for your iPod to allow you to playback through your auto sound system. These types of systems require you to select the song you want on your iPod directly; they simply provide a line-level output of whatever you are playing at the moment on the iPod.

All of the above systems can provide power to your iPod as well, both charging its internal batteries and keeping it running for as long as you care to listen.