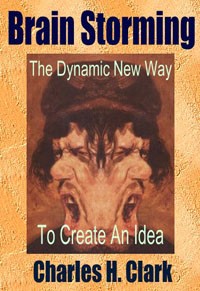 For example, visit the engineering department of a large manufacturing company, say in the field of electronics, and you will see row upon row of drawing boards and row upon row of engineers, all in shirt sleeves, who look remarkably alike. And they have much in common. Each man in the room has an engineering degree, each has been graduated from the company training program. Most of the men are married, have about the same number of children and the same number of bedrooms in their split-level homes, about fourteen payments left on the car, and seventeen years to go on their mortgage. They all get the same pay, give or take a few dollars.

If you came back in a year to that vast room full of seemingly identical engineers you would see that a strange process had taken place. One man way back on the left had moved his slide rule and drawing pens up to a drawing board at the front of the room. Another came in one day and sat down at a desk, not a drawing board, in an office down the corridor. Still another, apparently lost in the center of the room full of shirt-sleeved workers, moved out to the front office and started to wear a suit jacket and carry a brown leather dispatch case to work instead of a lunch box.

This process might seem strange, mysterious, and completely nonunderstandable viewed from a distance. You might feel like an anthropologist on a South Sea island viewing some native rites that were unaccountable. But if you investigated you would find an enormous difference between the look-alike men in the look-alike shirts in the hangar-sized workroom: the men who moved ahead had ideas.

Sure, not all the ideas were good ones, not all of them worked, others were too expensive, still others had been tried before. But they were ideas, that ingenious, creative element which makes all the difference in our lives. Notice I said they had ideas, not an idea, and they expressed those ideas. Actually they had a flood of ideas, and, in effect, the whole engineering department depended on the creative energies of a tiny minority.

That fellow on the left was working over a drawing when he had an idea for a new material which would make a better part, at less cost. The next day he worked on another part and realized that one of the manufacturing processes could be eliminated by a redesign. A fortnight later he saw how the company could save money by purchasing stock screws rather than tooling their own connections. All year long he kept seeing the same products and processes as the rest of the men in the room, but in them he saw problems, and then he thought up solutions to those problems.