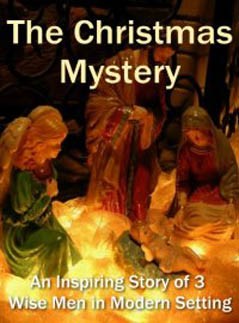 DOWN the road, kicking up the dust until he marched, soldier-wise, in a cloud of it, that rose and grimed his moist face and added to the heavy, brown powder upon the wayside weeds and flowers, whistling a queer, tuneless thing, which yet contained definite sequences—the whistle of a bird rather than a boy—approached Johnny Trumbull, aged ten, small of his age, but accounted by his mates mighty.

Johnny came of the best and oldest family in the village, but it was in some respects an undesirable family for a boy. In it survived, as fossils survive in ancient nooks and crannies of the earth, old traits of race, unchanged by time and environment. Liv-ing in a house lighted by electricity, the mental con-ception of it was to the Trumbulls as the conception of candles; with telephones at hand, they uncon-sciously still conceived of messages delivered with the old saying, “Ride, ride,” etc., and relays of post-horses. They locked their doors, but still had latch-strings in mind. Johnny’s father was a phy-sician, adopting modern methods of surgery and pre-scription, yet his mind harked back to cupping and calomel, and now and then he swerved aside from his path across the field of the present into the future and plunged headlong, as if for fresh air, into the traditional past, and often with brilliant results.

Johnny’s mother was a college graduate. She was the president of the woman’s club. She read papers savoring of such feminine leaps ahead that they were like gymnastics, but she walked homeward with the gait of her great-grandmother, and inwardly regarded her husband as her lord and master. She minced genteelly, lifting her quite fashionable skirts high above very slender ankles, which were heredi-tary. Not a woman of her race had ever gone home on thick ankles, and they had all gone home. They had all been at home, even if abroad—at home in the truest sense. At the club, reading her inflam-matory paper, Cora Trumbull’s real self remained at home intent upon her mending, her dusting, her house economics. It was something remarkably like her astral body which presided at the club.

As for her unmarried sister Janet, who was older and had graduated from a young ladies’ seminary instead of a college, whose early fancy had been guided into the lady-like ways of antimacassars and pincushions and wax flowers under glass shades, she was a straighter proposition. No astral pre-tensions had Janet. She stayed, body and soul to-gether, in the old ways, and did not even project her shadow out of them. There is seldom room enough for one’s shadow in one’s earliest way of life, but there was plenty for Janet’s. There had been a Janet unmarried in every Trumbull family for generations. That in some subtle fashion ac-counted for her remaining single. There had also been an unmarried Jonathan Trumbull, and that accounted for Johnny’s old bachelor uncle Jonathan. Jonathan was a retired clergyman. He had retired before he had preached long, because of doctrinal doubts, which were hereditary. He had a little, dark study in Johnny’s father’s house, which was the old Trumbull homestead, and he passed much of his time there, debating within himself that mat-ter of doctrines.

Presently Johnny, assiduously kicking up dust, met his uncle Jonathan, who passed without the slightest notice. Johnny did not mind at all. He was used to it. Presently his own father appeared, driving along in his buggy the bay mare at a steady jog, with the next professional call quite clearly upon her equine mind. And Johnny’s father did not see him. Johnny did not mind that, either. He expected nothing different.

Then Johnny saw his mother approaching. She was coming from the club meeting. She held up her silk skirts high, as usual, and carried a nice little parcel of papers tied with ribbon. She also did not notice Johnny, who, however, out of sweet respect for his mother’s nice silk dress, stopped kicking up dust. Mrs. Trumbull on the village street was really at home preparing a shortcake for supper.