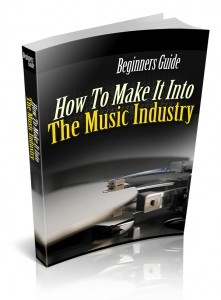 This report is designed to help you overcome what may seem a daunting task getting to know the basics about Digital Music Download’s.

Ok, so you’ve heard this term in music use Digital Download, and often wondered what it is, what it means, what does it do? Sounds like something from Star Trek.

Well read on my friend I will let you know what I know, it may help ease some concerns you may have that someone has told you about it, to which you still could not understand the concept.

What do I know about music; well I’ve currently been in the music distribution business for over 25 years and seen the changes in attitudes towards the music business. I have seen cassette disappear over the years, mini disc (who remembers mini disc) came but did not stick around too long, the slow decline of vinyl’s but it still seems to be hanging around by its boot straps. I’ve also seen the rise of CD’s which still has its place in the market, but the new kid on the block it seems is digital music downloads.

Over the past 10 years and more we have seen the rise in digital music, what I mean by this is the recording of music has moved away from Analogue as we know it. No longer is the audio cassette, phonographic disc (vinyl record) the preferred choice for listening to music as we know it, we have moved on in leaps and bounds to the digital revolution.

We no longer have to be an expert musician or sound engineer to make music, or require the recording studio along with the big overhead cost of producing your music tracks.

Digital recording has opened the door to all those that want to use it. You can record music almost anywhere within reason, with a good computer and the correct equipment, software and a little knowledge at a much lower cost than using a professional recording studio

With the rise in digital music we now have a generation that has grown not knowing what a turntable is, or what it does, do you? I know I own a couple of turntables from when I use to DJ as a hobby but the funny thing is I’ve not switched it on in over a year.. ..shame on me I should be keeping vinyl alive. For now CD’s still have a place in the market place, but for how long? Will it go the way of cassette recording, vinyl recordings; the recoding of music will remain the same but how we deliver music may not. People want things now not yesterday; they want it delivered instead of going to their local store which will not be open 24 hours a day. In the comfort of your home you can browse on the internet any time so you have yourself a 24 hours store at your fingertip.

So the question is what is a music download? It is simply a music track that you can obtain via the internet which can be played on an electronic device made for purpose.

A digital music download would usually be delivered in a MP3 or DRM format which will enable you to play it on your device, the more popular of these two music formats is MP3.

They come in different bit rates, the commonly used bit rate is 128, 160,192, and 256, the higher the bit rate used the larger the file will be and the more space you will need on your hard drive.

The MP3 technology was originally developed by the German company Fraunhofer-Gesellshaft who now licenses the patent rights to the audio compression technology.

MP3 stand for MPEG audio layer III which is the standard for audio compression, which makes any audio file smaller with little or no sound quality loss. You have other MPEG formats which are also used for video, but MP3 is just for audio.

All developers of MP3 encoders or decoder players now have to pay a licensing fee to Fraunhofer.

The first company to distribute this format was a company called SubPop, but Napster was the first major file sharing tool and popularized file sharing to the wider world.

DRM as it is called stands for Digital Rights Management that are used by hardware manufacturers, copyright holders, publishers and individuals that wish to limit the use of digital content and devices after sales. This is to stop the use of digital that are not desired or intended by the content provider, it is copyright protection to prevent piracy or obtaining unauthorized use to content, what does this mean? It means that it may not be able play in your device or computer like you would a MP3 track

The MP3 you obtain will be able to play on most up to date audio players; it will play on devices such as your computer, mobile phone, home DVD player and MP3 player, you will also be able to play it on some games consoles such as PSP hand held systems, and some car stereo’s can now play these files. Maybe you are lucky enough to have a stereo that you can attach your device to, manufactures are now making it easier for you to play on most devices. So you may be able to plug your iPod or USB memory stick in your car stereo and away you go, the modern Smart TV’s also have facilities to play audio including MP3.

As a general rule it is quite easy to obtain a MP3 track(s), you have various outlets where these are readily available, most you will be required to purchase but you have websites that offer free music, with the latter you will probably be limited to what you can actually obtain, they may not be the latest track(s) but if you pay for your music you will have the benefit of knowing that it is legal and the artist(s) producer will get some sort of royalty payment for their product.