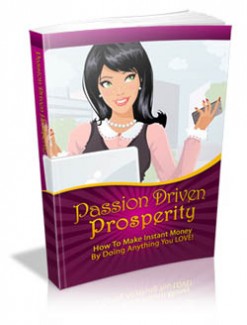 What drives passionate people to work so hard? Where do they get their energy from? Passion can be fueled by many factors. Let us examine 6 most important sources of the Force.

Curiosity. One of the most powerful triggers of human invention has been curiosity. Why does something happen? How does lightning occur? What happens if you mix two chemicals? Which route will discover new lands? The human mind is programmed to question everything around it.

Discoveries take place when this curiosity becomes a passionate driving force. It takes on a relentless unstoppable energy which will not rest until a solution is found. Thomas Alva Edison tried out thousands of versions of the electric light bulb until he came up with one that worked. Madame Curie and her husband Pierre Curie spent all their lives unlocking the secrets of radioactivity. Steve Jobs’ search for a better computer user interface finally gave us the Apple computer with the now familiar graphical user interface using icons, which eventually spread to the whole world of computing in the form of Microsoft’s Windows.

Christopher Columbus, Vasco da Gama, Roald Amundsen and all the great explorers of the world travelled passionately in the quest of conquering new land for humanity. After centuries of looking up at the moon, Neil Armstrong and Edwin Aldrin actually walked on the lunar surface. Nothing can stop the force of curiosity and the determination that it fires up.

Success stories in the workplace often arise out of sheer ignorance. An employee may find he knows nothing about a particular field and begins learning it to satisfy his own curiosity. Pretty soon he has mastered it and is teaching the world a few new things about it.

So step out of your ‘known zone’ and venture into the unknown. There just may be a discovery waiting there, with your name written on it.