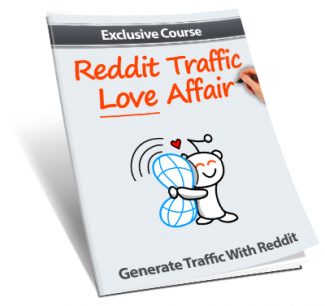 When it comes to digital marketing and promoting websites and businesses online, a lot of attention is given to Google and to conventional social media sites like Facebook, Twitter and LinkedIn. While those are all important and powerful aspects of an online campaign, they are far from the only options available to you and it may just be that there are easier and more effective ways to get a lot of eyes on your business and to increase your sales and profits.

One such alternative avenue for instance is Reddit. Reddit's a site that can get you thousands and thousands of hits from a single post if you get it right and that gives you a direct route to market and an easy way to find a highly targeted audience. Put simply, Reddit's potentially just as powerful as Facebook or Twitter and possibly even more so depending on your niche/industry. This is something you can't afford to ignore. Read on and we'll look in depth at how Reddit works and how to make the absolute most of this incredibly useful platform. You might just find it's the ultimate way to have your traffic go viral and to truly explode.

If you're not familiar with what Reddit's, let me explain it very briefly. Reddit's a social bookmarking/link sharing site along the lines of Digg or StumbleUpon. More than this though, it's an aggregated content site where you can find content voted to the top by other users and thereby selected for its popularity among the community. Reddit's mission statement is to become the 'front page of the internet' and it achieves this by letting users select the sub communities (called Subreddits) that they want to subscribe to and then showing them the top voted content for that community each day.

In this brief course, we're going to assume that you're familiar with Reddit and how it works, so we won't necessarily cover those kind of topics in depth. Instead, we'll be covering some of the best methods and strategies for utilizing Reddit for traffic generation, regardless of your niche or business.

Reasons Why Reddit Is A Great Tool For Driving Traffic

Like everyone else in the internet marketing field, your goal is to see your traffic shoot through the roof.

I mean, without high levels of traffic you will be swallowed by other sites, right? This is why many people focus on social networking sites. Well, you certainly should consider Reddit.

The following are 3 reasons why Reddit's great for driving traffic:

We all know about huge traffic. Yes, the elusive traffic that will skyrocket your site from out of nowhere to among the very top pages. Well, many social networking sites are known to have many followers. In fact, many boast about having millions of visitors who are always interacting on their site. But, few can rival the page views Reddit gets.

According to statistics, Reddit gets more than 2 billion views on their pages monthly. With such huge volumes, a person is assured of good traffic if they can make a successful post.

People spend lots of time, effort and money just to attract traffic. In fact, many give up after the realization that it'sn’t that easy. Well, with Reddit it’s friendlier. You only need a few votes on submissions or comments to drive traffic.

“You are more likely to drive traffic if you are popular.” This is what other social sites put across. So, the ordinary Joe will have to spend twice or thrice the effort than Twitter’s Chris Brogan.

With Reddit, your influence essentially doesn’t matter. Whilst there is the ‘karma’ system, with the right comments or submission you will reach the front page regardless. The secret lies in understanding your community and knowing what tickles them. A small subreddit usually has about 20,000 readers- imagine connecting to them?

Looking at the above breakdown of 3 reasons why Reddit's great for driving traffic, it's evident that Reddit's a valuable resource for boosting traffic. In fact, many people have seen traffic increase tremendously from just a few comments or submissions. Nonetheless, it doesn’t mean this is a shortcut to driving traffic. Failing to apply proper techniques may lead to you being swallowed alive in the net. It's critical to post good content, specialise in your niche, and most importantly always engage your “Redditors.”

Reddit's an amazing website, thanks in part to its great variety of sections for people to search through and more than enough ways for people to interact with each other. However, this doesn't mean that every single bit of content should be posted there. There are a number of specific types of content that you can contribute to Reddit that will help you better leverage the power of the community.

Listed below are just a few kinds of content that Reddit users seem to react best to: Questions Can Be Great

You should consider asking creative questions on Reddit. You can ask questions relating to what people would do in certain situations or what ideas can be found around the world. If you ask questions on occasion then people will interact with you and give you their own special ideas in response to your topic. If you are smart you can find a way to link to your own site.

Comical content can be perfect for you to post on Reddit. It's often easier for people to share content on Reddit if it's funny. This is because people always enjoy a laugh every once in a while. Also, people want a respite from all the hostile and negative content that's all around the online world. They'll want to feel happy and excited about whatever it's they are finding online.

You should think about new ideas that you want to share with other people. Whether it's to offer a new recipe to people or to showcase some new innovations or creations that have been developed over time, you should share new ideas with others. People want to learn new things and are willing to go online to find them.

Some of the highest rated self posts on Reddit are ones that solve a problem that individuals or a community has. When someone is able to offer genuinely useful content, people feel obliged to upvote it. Therefore, when you are posting make sure that what you a writing is just rubbish and that it will be helpful to someone.

Check Out the Videos

Media is more easy for an audience to consume than text, so if you’re posting a video of yourself or a link to Youtube then you can expect it to do better than text. Online viewers are lazy, appeal to this laziness with images, video and audio.

Let's be honest, there's really no other place on the web that is more coveted for online entrepreneurs than the first page on reddit. If you operate or run an online venture, you have probably realized that it's a huge task to get up-votes on reddit especially if your site is new.