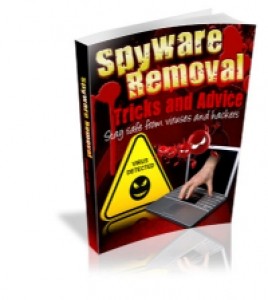 There have been numerous attempts to regulate spyware use by law. Some states, such as Utah, are fervent in their objections to spyware and have created strict legislature against all types of contextual advertising based on which website’s a person visits unless that person agrees ahead of time based on a full disclosure. The law goes on to say that this disclosure must include everything from the type of data transmitted to ad examples. Additionally, the ad software must be easily removable.

The federal government in the United States is following Utah’s example with House Resolution 2929, The Spy Act. However, spyware is a global problem and legislation alone likely won’t fix the problem. That is because the legislation doesn’t address the root problem of why spyware must exist in the first place.

Spyware exists because software makers needed a way to make money off of their products. Since fewer and fewer people are willing to spend $29.95 on software, including advertisements with free software seemed like the only choice.

What is interesting is that many people become enraged over the idea of ads being included with software. However, almost all other free applications online come with advertisements: email services, instant messengers, search engines, and so forth. The difference between these ads and the spyware ads is simple but major: the spyware brings ads to users in covert means.

Because of the covert manner in which spyware is installed, the entire spyware industry has gotten a bad name. However, there are many cases in which people would even choose to have spyware. For example, a person may knowingly agree to receive occasional pop-up ads in exchange for access to free software programs.

Antispyware legislation is one step in the right direction but this is not enough. People are going to have to reconsider what “free” really means on the internet and businesses will have to rethink their marketing strategies. Until some major changes occur which leaves software makers and users happy, the only feasible choice is going to be for people to protect themselves with antispyware software.