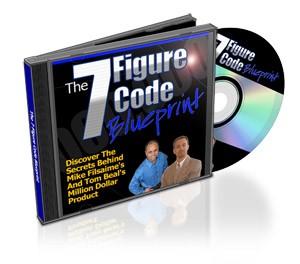 He didn’t go to events very often, but three months before his launch, he went to every single event that was out there.

He went to Russell Brunson’s. He went to ours in San Francisco.

He was at Yanik’s Underground event and he got to speak to people. He was at a couple of other events, JV Alert Live.

He knows this person and he knows that person because he was strategic in the fact that, “Hey, if I'm going to get out there in the marketplace, I need to let people know I'm a real guy and just to go out there and not to create JV partners, but to create friends.”

Because the truth is, friends will do anything for you. If you create a good product, they’ll be there to help you. Because I think, Jeff, you know the last thing you need right now is another product to promote, right?

Mike: Right. You know, it's not like you wake up everyday and say, “What can I e-mail my list today?” In fact it's always, “I don’t know. I mean I've committed to Alex Mandossian already and I'm still trying to work on my own products.

So I don’t think that our community always understands that. Sometimes it's like, “Oh, they're always promoting. What it is, is we do have friends that create great products that we’d like to share with our members.”

Tom: Yeah, you definitely get to a point where you'll look at your calendar and as you mentioned about blocking off stuff, I've got a big calendar on my wall. I'll write somebody in. First obviously we want to check out the product and look at it, make sure it's good.

But you originally write that person in. Then all of a sudden later you might have two, three, four more people contact you on that same date. And unfortunately you can't say yes to everyone. You tend to usually go with the people you’ve met, the people that you know.

Everyone always says you’ve got to be in the inner circle. Well, it's not so much there. There might be some truth to that, but it ultimately comes down to that you want to help out the people that have maybe helped you in the past or people you’ve met at seminars or people you’ve met somehow online and it's just kind of a natural thing.