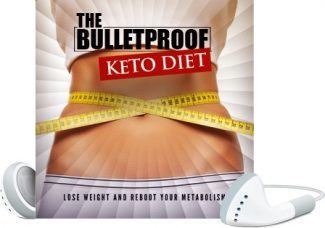 Let's face it, there are lots of misconceptions out there about the keto diet. People haven't done their research. People relied too easily and what their friends tell them. In fact, too many individuals, who would otherwise benefit from this amazing diet, let Facebook comments and link shares discourage them.

This really is too bad, because if they only knew, they probably would benefit quite a bit from the keto diet. What benefits?Well, imagine eating fatty and greasy foods with a clean conscience. I know, sounds too crazy to be true. Well, that’s exactly what you get with the keto diet. You can indulge in your ‘guilty’ food pleasures and not have to worry. Keto enables you to melt off your fat by, you guessed it, eating fatty foods. What’s not to love?

Another key benefit keto brings to the table is its inflammation fighting properties. Please understand that inflammation is bad news. The reason why the Standard American Diet (rich in carbs) is making so many people sick is because it is an inflammatory diet. You end up bloated because your carb intake sucks up so much fluid.I wish I can say that this is the extent of the inflammation you suffer from a standard high carb diet. Nope. Not even close. Not only do you bloat up because of all that extra water, your nerves, cardiovascular system, kidneys, even your skin all bear the brunt ofall that extra water. Your blood pressure remains elevated, your skin starts to wrinkle up, you end up suffering from brain fog, I can go on and on. To say the least, inflammation is bad news. When you switch over to a keto diet, you cut down dramatically on carbs. This means there’s less water absorbing hyper spongy carb molecules in your system. Not only will your body start expelling your ‘water weight’ (which is great news for people trying to lose weight), you will also get better skin. All that inflammation weighing down on your skin and prematurely aging and wrinkling it disappears. Similarly, your nerves get a much needed break and neurotransmitters in your brain and central nervous system do a much better job sending nerve signals. This translates to less ‘brain fog’ and increased mental alertness. Finally, getting rid of much of that water in your system means your blood vessels get to relax and your blood pressure starts to normalize.Still, if you believe in some common myths about ketosis, ketogenic foods, and the keto diet in general, you would cut yourself off from the awesome benefits listed above.

Here are some common myths you need to keep an eye out for so you don't get thrown off track.

One of the most common misconceptions about the keto diet is that ketosis is the same as ketoacidosis. Ketosis, of course, is the metabolic process your body goes through when it burns fat for energy. On a standard diet, your body burns sugar for energy. This means when you eat carbohydrates, your body processes those calories into energy.

This is the body's default setting, but the body does have an alternative. It can use fat for energy; this process is called ketosis. Your body releases the fat stored in fat cells all over your body. This fat is then turned by your metabolic system into chemical compounds called ketones. Your body’s cells then absorb ketones and burn these molecules into the energy your body needs to continue living.

Ketosis is the foundation for the keto diet. Unfortunately, a lot of people confuse ketosis with ketoacidosis. The former is safe. The latter is deadly. Obviously, they are not one and the same.

Put simply, it mostly affects people who have type I diabetes. If you're like most people who are thinking of trying the keto diet, and you can produce insulin normally, you have nothing to fear. You have to understand that even within the keto framework, you're still taking in a little bit of carbohydrates. This is usually enough to flip on insulin for a small period of time in your system to prevent ketoacidosis.

Don't think for a second that just because you’ve switched over to burning fat as energy that ketoacidosis is going to be a real threat; it isn't. As long as you are able to produce insulin naturally, you should be fine.

One of the most discouraging misconceptions regarding the keto diet is that the food is simply hard to enjoy. Many people think that the quintessential keto meal plan is chockful of butter sticks, tons of eggs, and liquid fat. In other words, to many people, the keto diet is loaded with waxy tasting one dimensional food items you’d rather forget.

This can't be further from the truth.

If you think about it, a lot of the foods that you eat are things that you would consider “guilty pleasures.” I'm talking about fatty and salty food. You are halfway keto and you don’t even know it.

All of us have some sort of guilty pleasure when it comes to fatty foods. You know you shouldn't be eating it, but you do it anyway because it tastes so good. Can you imagine changing your diet so that you basically eat your guilty pleasures all the time?

I know, sounds crazy, but that's precisely what the keto diet is. It helps you load up on fat (the food that you were supposed to avoid), and you end up losing weight and becoming healthier. Please understand that there are a lot of misconceptions about high-fat foods.

I'm going to go into this issue in-depth with myth #3. But just because people have been saying the same things over and over again for decades, doesn't necessarily mean it's true. You can enjoy the vast majority of your meals on a keto diet.

In fact, if you want to switch over to the keto diet, the easiest and the tastiest way possible, click here for the keto blueprint that will help you adopt this diet quickly and easily.