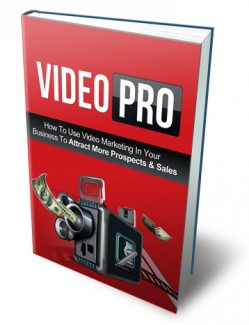 By some considerable margin, First Kiss remains one of the most viewed viral videos, with over 70 million views within its first month of release. The film's director, Tatia Pllieva combined a gamut of emotions- curious, awkward, coy, tentative and gauche- to create a passionate three-minute montage involving 20 strangers kissing for the first time.

Director Pllieva brought together 20 young -or mostly young- strangers, all good looking, gay and straight, to kiss each other for the first time, and what ensued was a compilation of adorable elementary reactions in adults who found themselves in a slightly awkward but exciting situation. The heart races for most of the participants as they tentatively attempt to make small talk, each person wondering if they should make the first move, most are embarrassed by try to conceal it with laughter; but all this sort of fades away when their lips meet.

The partners are seen exploring the kiss and slowly turning it into a mushy, passionate chemistry that most people long for, and which can happen to anyone, with anyone, and at any time. The video was shot entirely in black and white and it seems to trigger nostalgia and longing, instead of discomfort.

Now, think any of this was luck? No. It was the careful manufacture of content married to extensive and rigid research and an artfully plotted strategy. You may have seen videos of sneezing panda cubs or cute cats doing the rounds online and when properly executed, these videos are hugely successful because they pique at people's emotions.

Every brand wants their videos to go viral but of course most of them go largely unnoticed. The key to driving engagement and sharing of your video is to target specific emotions, and really tug on that leash. Most marketers understand this and some manage to make memorable videos but there's always the challenge of blending those emotions in a way that causes the right effect.

Next time you want to make a marketing video for your brand, consider these factors:

As Bruce Lee once said so memorably, 'We need emotional content'. If a video makes you feel happy, shocked, angry, tearful, etc, it has great potential to achieve multiple shares. Strong emotional reactions are what marketers go for but like your marketing professor always said, it's best to keep things positive. Videos that cause positive reactions are more likely to get shared than say, a video that causes anger or disgust.

Most of the videos getting millions of shares across multiple social media platforms all elicit strong emotional reactions. Whether these emotions are positive or not, you have to really nail it. Budweiser nailed it with their Puppy Love commercial during the 2014 Super Bowl. Its a perfect example of a super shareable video, involving love, friendship, the cutest puppy ever, and a happy ending that pulls at your heartstrings.

They got a mix of emotions and worked them into a lovely commercial; but, like most viral ads, they don't scream Budweiser throughout the ad, in fact, the brand only shows up at the end of the ad, where it then closes with a clever hash tag #BestBuds.

Humor plays a huge role in making videos go viral. Of course the content varies and what makes one person crack up tends to be subjective, but generally, some things are simply funny. Watch a few ads containing humor, such as Old Spice's 'The Man Your Man Could Smell Like' ad, or that other one, 'Gangnam Style' by Psy.

These videos can be shared across all demographics, because they appeal to just about everyone. That's the power of humor; it appeals to a wider audience and if the video makes people laugh, it will be shared.

For some reason children and animals, whether used together in a video or respectively, they really take over the Internet. It could be because it's harder to script a video involving kids or animals- because they're harder to control- or because they are naturally funny, cute and genuine.

Whatever the reason, videos such as Charlie Bit My Finger or Otters Holding Hands are Internet sensations because they are either funny or cute.

Dozens of brands have parodied popular videos for their own agenda and in some cases, they experience great success. Miley Cyrus' Wrecking Ball video for example, has been parodied hundreds of times by individuals and brands, but of course it helps that the singer has millions of followers and she's naked on the original video.

Videos that allude to popular culture in funny, silly or outrageous ways have great potential to go viral. Kanye West's video for Bound 2 is one example. The video is so idiculous it caused an Internet sensation and resulted in multiple parodies, done by different people across the world, including one by Seth Rogen and another one by James Franco.

Why are emotions so important?

Digging into this whole concept of using emotional content in video

advertising, a study was conducted by Ehrenberg-Bass Institute for Marketing Science, in an effort to understand how emotions play a role in medial social sharing. After analyzing 355 billion videos from a popular video distribution channel and analytics platform, Karen Nelson-Field, senior researcher at the institute found that videos that triggered strong emotions from the viewers, positive or negative, were twice as likely to be shared across social media as those that contained a somber message.

The study also looked into the various emotions that ensued from people watching the videos, and they found that positive emotions- mainly exhilaration- were the most effective in triggering sharebility. The second positive emotion was found to be hilarity, and as marketers have discovered, these emotions help viewers remember the the video- and they hope, the brand.

While emotions are universal, you also need to remember that different people respond differently to specific kinds of emotions. Strong emotions tend to cause subjective reactions so understand your audience well when developing the video. If you keep their emotional baseline in mind, it should help make the video useful for your brand.

Video marketing can do wonders for your brand, but it takes considerable effort to pull all these elements together and create a system that works. Few people get it right the first time; even experienced marketers make blunders when strategizing on a marketing campaign, but there's always another angle to explore, a new opportunity to reach people, so failure shouldn't hold you back.