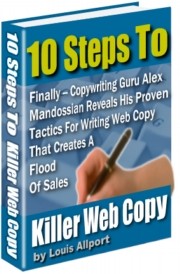 Unfortunately it is the tallest building in New York city now ever since the atrocities during 9/11 with the World Trade Center, and in New York, in Manhattan, the Empire State Building can be seen from the New Jersey side, from the New York side, many many miles. Up to 40, 50 miles away it can be seen.

That building, was once a thought in the mind of the architect who built it. That thought was transposed into a blueprint. That blueprint was deliberated on even further with a group and a bunch of people designing the building.

The hotel, which was the old Waldorf Estoria, was at that location. They had to make the plans to eliminate that building so they destroyed it. And then they built the Empire State Building. They didn't build up first. They built down.

Then they came to ground level and then they started building the building. It took about 18 months which is an incredible period of time. It’s a very, very short period of time to build a building that tall over 120 stories.

And then once the building was complete they put the facade, they put all the furniture, they built the inside, and then they started occupying it. When you occupy a building, you are bringing traffic to your web site. Prior to that, 85% is in the planning.

The analogy and the metaphor I used of the Empire State Building is like writing great copy. You must first plan and do your research.

I have a four step formula -- Discovery, Analysis, Planning, Execution.

That’s not my formula, I’ve taken that and modified it from how an engineer builds a building. My Father is a structural engineer, so I took that and I’ve applied it to constructing a great piece of copy.

Discovery is everything from spying on your competitors, to doing interviews like this one, from interviewing your customer service reps to calling up ex-customers and asking "Why did you return the product?"

These are great, great discovery tidbits to get the raw material which is the foundation of your copy to begin building.

You haven’t gone North yet, you’re still building South, you’re digging the foundation here, so that’s what Discovery is.

I spend about 80% of my time in Discovery. 85%. People say "How come you haven’t written yet?" "Because I don’t have enough info."

You have to have general and specific knowledge like Joe Sugarman talks about before you can put the pen to paper or keyboard to your document, on your computer.

The second stage is Analysis. That’s analyzing your discovery. Where’s the building going to go? How deep should the foundation be? Who are our vendors? What’s our bonuses? How are we going to do this?

We have to analyze. That doesn’t take as long.

And then the final step is Execution. Which is about 15% to 20% of the entire process. And execution is just writing. And re-writing. And editing.

Earnest Hemingway, the great novelist. He said "Write drunk, edit sober". I think he was an alcoholic unfortunately, as was Fitzgerald and many of the great writers. I don’t know why they are. I’m certainly not. But the point is, you want to let the writing flow. You don’t want to be too much of a control freak. So edit in the sober state, but write in almost a dream state. Let the words pour.

There’s a great, great ad that has had many many iterations. The Lazy Man’s Way To Riches by Joe Karbo. That ad was written in one sitting and very, very few edits. Because that poured from a life’s long worth of work from Joe, and that was one of the few ads he ever wrote. And made him millions selling a $10 book.

That was because there was so much research put into that. The foundation was so deep ... so remember this ... the deeper the foundation, the taller the building.

And you put the facade, you put all the bells and whistles ... you got the furniture, and you did all the improvements on the inside, and then, you begin to occupy.

Now you can do a pre-publication release before this piece of copy is written and that’s the same thing as a gym or a health spa where it says "Future location of health spa here and start signing up for pre-opening special". So you can start becoming a member of a gym before it’s built. That’s like a pre-publication release of a book or an offer.

But you can’t possibly write the copy in it’s final form without going through that whole process.

Does that make sense?

It’s does. I completely agree with you -- I feel that one of the best pieces of copy I’ve written, actually it’s the one I did the most research for. I checked competitors web sites, printed them out, made a note of which phrases and which key selling points really caught the attention, studied headlines and it took an awful lot of work, but that copy worked really well.

You know why? Because you did your homework.

And you can’t be lazy as a copywriter. You have to be incredibly curious, almost like a child. You have to ask these questions to yourself, questions of wonder that children ask, like "What if?" or "How come?". "Why does that work that way? Why isn’t that working?"

You don’t judge. You just watch why things are working and why they’re not working and you extract curiosities from there and that ends up becoming the blueprint.

David Ogilvy was an advertising genius, Ogilvy On Advertising is a book everybody should own. On page 11 he writes about doing your homework...