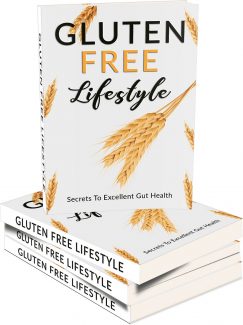 You visit the doctor regularly to maintain your health. That’s certainly smart. Before your next appointment, however, consider this: when was the last time your doctor asked about your diet?

Although physicians are perfectly aware of the connection between our health and the food we put into our body, this is a question they rarely, if ever, pose. They appear to be more interested in prescribing medications than treating and preventing health problems in a more natural and effective way. This is especially disconcerting as more and more people suffer from wheat sensitivity, allergy, or celiac disease.

The problem with wheat is caused by gluten, one of the proteins found in modern-day wheat. It can damage the smaller intestine and make digesting wheat difficult or impossible. It can cause fatigue, nausea, diarrhea and other, more serious discomforts, such as damaging the small intestine. Celiac disease is serious, and physicians need to start paying attention.

Processed wheat, which is found everywhere, isn’t healthy for anyone. For people with celiac disease, it can be a daily nightmare. That is why going gluten-free is becoming increasingly popular. People are learning the effects of modern wheat and are starting to take control of their own health.

For people who are sensitive or allergic to wheat, going gluten-free can be life-changing. It can help them rid the body of irritating toxins and help them function normally again.

For others, who are not gluten-sensitive, abstaining from gluten is a way of eating healthier, feeling better, and having more energy.

Food matters. What we consume is critical to our health. The fact is, gluten adds little to our lives but can cause considerable damage. Going gluten-free is a return to eating in a way that promotes optimum health and wellbeing. For anyone who believes that we have been eating wheat for thousands of years without a problem, you will soon learn why that is incorrect.

Even for those who are not suffering from celiac disease or wheat sensitivity, a gluten-free diet can be a prevention against disease. Gluten is known to cause serious inflammations, and inflammations can increase the risk of arthritis and coronary diseases. Using food to prevent the onset of these problems enables us to enjoy a healthier lifestyle. This makes far more sense than treating diseases with medications that can have harmful side effects.

Gluten is all around us, which can make going gluten-free quite a challenge. With so many food items made of wheat, barley, or rye, all of which contain gluten, and with more food products containing hidden wheat, the idea of eating gluten-free may seem like deprivation. Quite the contrary. You can still eat the cookies, cakes, and pasta you love. You will simply be preparing them differently.

If you are suffering from celiac disease, going gluten-free is a must. But other intestinal issues, such as diarrhea and irritable bowel syndrome have also been relieved with a gluten-free diet. Researchers are linking more and more gastrointestinal problems to gluten.

In addition, we’ll take a look at the surprising connection between gluten-free, ADHD, and autism.

You will soon discover the options available to you, and how to make gluten-free eating a part of your healthy lifestyle.

Chapter 1 Wheat and Celiac Disease – The Downside of Gluten

Wheat has been around for thousands of years. It’s easy to grow and quite nutritious. It was probably one of the first food items our forefathers gathered to feed themselves. Wheat was truly life-giving.

For all these thousands of years, the whole grain kernel was ground and used to bake bread or prepare cereals. Fresh, whole grain has always been a part of our diet without being harmful to our health.

It’s not until the 1960s and 70s that people began to realize that the wheat they are consuming is making them sick.

What happened? Have our bodies changed? No. It’s the wheat we have relied on for thousands of years that has been changed and twisted into something our forefathers wouldn’t recognize.

Industrialization has been good to mankind, but it hasn’t always been kind to the food we consume.

Let’s start with white flour, the first food that we would call “processed.” In 1870, the steel roller mill allowed wheat to be separated to refine the wheat into a white powder. “White” flour was considered fancy.

So, to meet consumer demand, white flour was produced en masse, and the rest of the kernel, the nutritious part, was tossed aside. Within 10 years, all flour was white and seriously lacking in nutrients. Ten years was all the time it took to change thousands of years of nourishment into something “fancy” and lacking in many nutrients.

That was only the beginning, however. By the 1950s, technology once again let us “improve” our wheat. New techniques allowed for genetically-altered seeds, fertilizers, and harmful pesticides to increase wheat production. Again, everyone rejoiced. More wheat for everyone! Cake for one and all! While the production of wheat increased, its nutritional value was being mangled into something unrecognizable. At the same time, inflammations and immune diseases were being linked directly to this new, “improved” wheat.

Anyone who believes that gluten-free is just a modern phase is half-right. It is indeed something new and modern. But it is not a phase. An increasing number of people are suffering from the effects of modern wheat and refined flour.