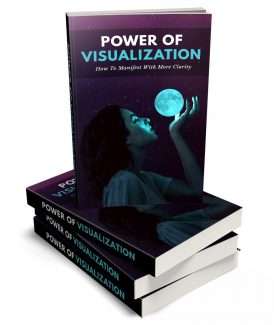 “If you dream it, you can achieve it.”

The quote above and many others that have been spoken by wise men in the history of human beings point out the importance of visualizing an event before it occurs. “Dream” in the context of the above statement doesn’t refer to the images and visuals you see when sleeping or taking a nap. Rather, this refers to the goals you plan to achieve in your life.

The topsy-turvy nature of life makes it challenging for some people to have targets they intend to achieve. Some people would cite the example of the rumblings and shocking nature of the COVID-19 as a genuine reason you shouldn’t make plans or set targets in life. Some individuals will say that life is just like the stock market; nothing is certain.

There isn’t doubt that life can be volatile such that you are never sure of what happens next. However, if you decide against setting targets and goals you intend to achieve within some periods, you are living your life based on speculations. It’s not true that whatever will be, will be. You can decide what you want in life and accomplish it.

There are many great examples of people who have achieved tangible success because they leveraged the power of visualization. You can become one of such people when you leverage the tips in this book. The journey begins with what visualization is and ends with how you can succeed with it. Enjoy the ride!

Chapter 1: What is Visualization?

One of the worst kept secrets in the world is that the mind is a powerful “place” and what you feed it can affect you in a powerful way. Forget about the impressive wordplay; it’s the reality. Countless numbers of books have been written about how your state of mind affects your life. Visualization is one of the most effective “weapons” of the mind that is capable of setting you up for the glorious future you desire. The aim of this chapter is to help you know what visualization is all about by highlighting what it’s not.

One of the best ways to learn about something is to first identify what it’s not, and we will start this journey with this approach. Just like most popular concepts and phenomena, there are many descriptions and beliefs about visualization that are either blown out of proportion or totally false.

In order to ensure that you haven’t been a victim of some of the common overhypes and conjectures surrounding visualization, we will highlight them. Below are some common myths of visualization.

Myth #1: Wishing and Hoping Something Happens

It’s true that visualization involves creating a mental image of a target you intend to achieve. However, it’s delusional and misleading to assume that visualization is all about wishing and hoping that something happens. This ridiculously simplified view of this concept is the reason many people never achieve anything tangible with visualization. They assume that they are practicing and utilizing this phenomenon, but that’s not the case.

Rather, visualization involves using your thoughts to engineer a certain result and what you will need to do to achieve it. In other words, visualization doesn’t end with thinking about what you want to achieve. Instead, it also involves imagination regarding the steps you’ll need to take to accomplish the target. If all you do is imagining yourself achieving a target without thinking about how you will achieve it, you are in the realm of fantasies.

In the bid to discredit visualization, some people would say that the practice isn’t scientific. However, this claim is far from the truth. Scientists have proven that visualization affects our brains in certain ways that promote the achievement of our goals. Therefore, it’s in your best interest to verify any assertion before you believe it.

The modern world offers us endless resources on the internet to evaluate the veracity of any claim. So, you’ll be doing yourself a lot of good by checking your facts before you agree with any popular opinion. In the subsequent chapters, we will explore the scientific evidence that validates the effectiveness of visualization.

Myth #3: Visualization is for Lazy Dreamers

This claim comes from the assumption that visualization is all about sitting on a couch dreaming about buying up Microsoft. Nonetheless, as mentioned earlier, this is far from the truth. World-beaters such as Jim Carey, Oprah Winfrey, and Will Smith have openly discussed how they were able to achieve their dreams by leveraging visualization.

If you know these people, you’ll know that they aren’t lazy people. Rather, their thought process fueled their desire to move from where they were to where they are. So, visualization isn’t for lazy people who live in the realm of fantasy. Instead, it’s for people who are deliberate about what they want in life and will go all out to accomplish it.

Myth #4: Visualization is Only Effective for Long-Term Targets

What you intend to accomplish doesn’t have to be in fifteen or twenty years before you can employ visualization. As long as the target you intend to achieve is in the future, you can leverage this practice. Therefore, even if your target is something that can be achieved within a week or a month, visualization remains relevant.
In fact, it’s more likely you achieve success with visualization when working on a short-term goal than a long-term one. A lot of things happen when you have long-term targets that can make you distracted. In some cases, you stop seeing the goal as important as when you first thought about it. So, you might abandon a long-term target along the line.

One of the questions people ask is whether they should choose visualization over meditation. This question ought not to be perplexing or complicated. Just like visualization, many studies have established the benefits of practicing meditation. These two techniques are interwoven, and they share some similarities. However, they aren’t the same.

Visualization focuses on the mind more, while meditation involves both the mind and body. Meditation is broader and more complex than visualization and offers more benefits. So, choosing between the two depends on what you want. If all you want to do is set your mind right and keep yourself motivated to achieve your dream, visualization is what you need.