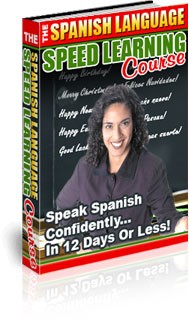 First, you need to know that verbs in the Spanish language are divided into 3 categories. Let?s call them the AR verbs, the ER verbs, and the IR verbs. The two-letter names of these groups are actually the ending sounds or syllables of the verbs in Spanish.

Aside from that, these verbs are conjugated for number, person, and tense. Conjugation is the process of adding patterned suffixes on the base (original) form of the verb to show differences on certain criteria. Verbs belonging to the same group are inflected the same way – they use the same affixes. Hence, there is no better way to make conjugations fun and easy to learn than to simply memorize these “patterns.”