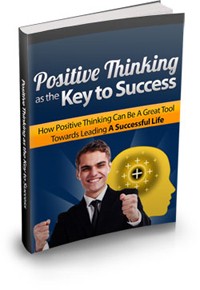 Suze Orman is one of the most well-known financial gurus. She has written several best-selling books and is regularly seen sharing her brutally honest financial advice on popular talk shows, in well-attended talks all over the country and on her own show that airs on CNBC, The Suze Orman Show. Best known for her no-nonsense financial advice, people count on her to help bring them back to earth when it comes to how they deal with their finances.

What a lot of people don’t know about Suze Orman is where she started. She didn’t start out wanting to be a financial guru and coach. She started out going to school for social work but dropped out before finishing her degree. She then traveled to Berkeley, California where she got a job as a waitress at a bakery and did that work for seven years.

An entrepreneur at heart, Suze took her waitressing experience and decided she wanted to open her own bakery. She raised $50,000 towards her new venture and turned to Merrill Lynch to protect her money and grow the investment. Although she made only $400 a month as a waitress and needed the money to be safe until she was ready to open her business, the broker she worked with at Merrill Lynch channeled it into a risky investment. He didn’t provide all of the information she needed to truly assess the investment and talked her into signing over her $50,000.

She lost all of her money within three months. Frustrated, Suze dove headfirst into the world of investments and finances, determined to learn everything she could. She gained a lot of knowledge and decided to become a financial advisor herself. She applied to the same company where she’d lost her investment money and was hired to fill their “woman quota”. She was told that there was no place for her in that business and she would be gone within six months. During her training she realized that the way her broker handled her money was actually against company policy. She successfully sued Merrill Lynch for her lost $50,000 and won. The company settled with her out of court. In spite of the lawsuit she stayed with Merrill Lynch and continued to use her newfound financial expertise to service her clients.

By incorporating the affirmation, “I have more money than I will ever need” into her daily life, Suze used positive thinking to keep her going when times got tough. Although she was told she wouldn’t last six months in the financial industry, Suze worked hard and did a lot of good work for her customers. She eventually left Merrill Lynch to be the vice president of another financial services firm before starting her own business in 1987.

Her firm did well and she continued to provide good advice to her clients until she wrote her first book in 1995, You’ve Earned It, Don’t Lose It. She went on a book tour which helped the book to sell about 700,000 copies. Then her next book, The 9 Steps to Financial Freedom, went on to become a New York Times Best Seller selling over 3 million copies. She started out writing her books as tools to give to her clients and became a best-selling author. Since then,

Suze Orman has gone on to become the financial guru that she is known as today. She got her first exposure on a radio show. She wrote in complaining because an investment expert who’d appeared on the show gave some incorrect advice. The show host invited her to come on and she did.

Since then she has become the voice of realistic financial advice. On her television show, she often shares her affirmation with the audience and encourages them to repeat it, or one with a similar message, for themselves until they believe it to be true.

Her use of an affirmation was a powerful tool that kept her centered on her ultimate goal as she moved through life. Now she definitely has more money than she will ever need and she actively works to help others improve their money situation as well.